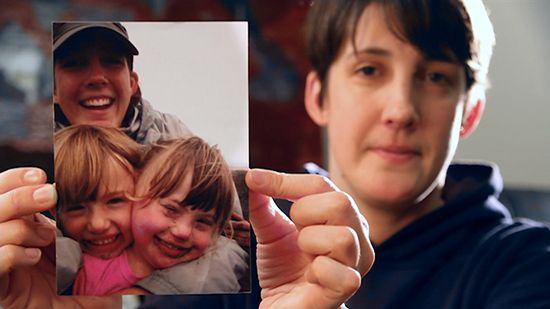 We All Belong is a documentary film exploring the issues of belonging and diversity in our classrooms. It profiles real parents and the dreams and fears they share. This film is a frank discussion of civil, human, and educational rights and offers a window into best practices and the struggle families face to achieve inclusion for their children. The film also examines the Kindergarten Inclusion Cohort, a parent-driven program sponsored by ABI that empowers families to be active, informed partners on their children’s educational journey. We All Belong is ideal viewing for educators, parents and policy makers. The questions raised in this film could create answers that lead to more diverse classrooms and create success for all learners.

Watch We All Belong 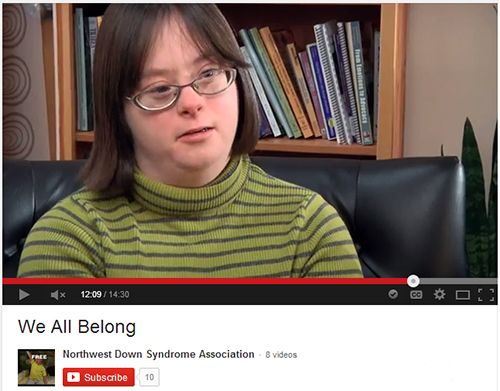 "Thanks ...  for putting together this inspirational video about the importance of inclusion in the classroom. Please share this video to continue to spread awareness." - National Down Syndrome Society

"Powerful & Elegant in its simplicity and clarity. A Must View!﻿" - Jack Pearpoint, Executive Director of Marsha Forest Centre: Inclusion, Family and Community

"I have shown it to several of my future teachers, and plan to show it to all 56 students at one of our meetings in the near future.  It is AUTHENTIC… I am hoping that the film willl make some of my future teachers consider getting more background in special education, or even getting a SPED endorsement." -Deborah Cochrane, Director Portland Teachers Program

"This is a wonderfully done video about the "why" of inclusion. Well worth watching and sharing!" -The Arc of Cowlitz County

"I watched the documentary about the K cohort. It opened my eyes. I think inclusion is a fundamental human right. I wouldn’t settle for anything less for my kids."

"Even if you do not have a child with an intellectual disability, this is powerful stuff."

"POWERFUL!!! Please watch this, it says so much for those who have trouble saying it for themselves."

The Story of We All Belong

We All Belong started as a project by Joni DeRouchie, who was a student of Mt Hood Community College’s film program in winter 2011/12. When it came time for the students to embark on a project for a non-profit group for their practicum class, Joni approached ABI, where she’d been a part-time staff member for a couple of years, and asked them if they’d like to be the subject of a short documentary. Executive Director Angela Jarvis-Holland jumped at the opportunity to promote awareness of the new Kindergarten Inclusion Cohort, and agreed to allow Joni and her team, made up of fellow students Emily Morris and Matt McKague, access to a Cohort session. The documentary was filmed over 2 days, and included interview segments with ABI board members and other parents and advocates. Most special were the interviews with parents enrolled in the Cohort program, who graciously opened up and shared their dreams and fears about their children for the camera.

Joni was most interested in the matter of school segregation, and engaged interviewees in frank discussions of what it means to segregate children, why segregation still occurs in the 21st century, and the lifelong damage it can do to a child when they are not permitted to be a member of their own community.

The video was quickly edited in preparation for the 2012 All Born (In) Conference, where it was screened at the end of the conference for a few hundred parents and educators. The reaction from the ABI attendees, and others who saw the video at private screenings, indicated that what had started out as a humble class project had turned into something more meaningful  than anyone anticipated.

Joni worked for a few more months on re-edits. Photos from Jodi Collins’ photo awareness campaigns were added, and Jonas Hinckley from LNS Captioning generously donated his time providing subtitles. The end result was a very polished and professional video completed almost entirely with pro-bono work contributed by talented parents and community members who wanted to get the message out  that there are solutions and ways to bring an end to school segregation.

Further donations and contributions enabled ABI to purchase the materials they needed to duplicate the video and create artwork to accompany it. We All Belong was a labor of love that took nearly 8 months to complete, and truly shows how much a grass roots, parent-driven group can accomplish.