Farewell Fairview: you will never be missed 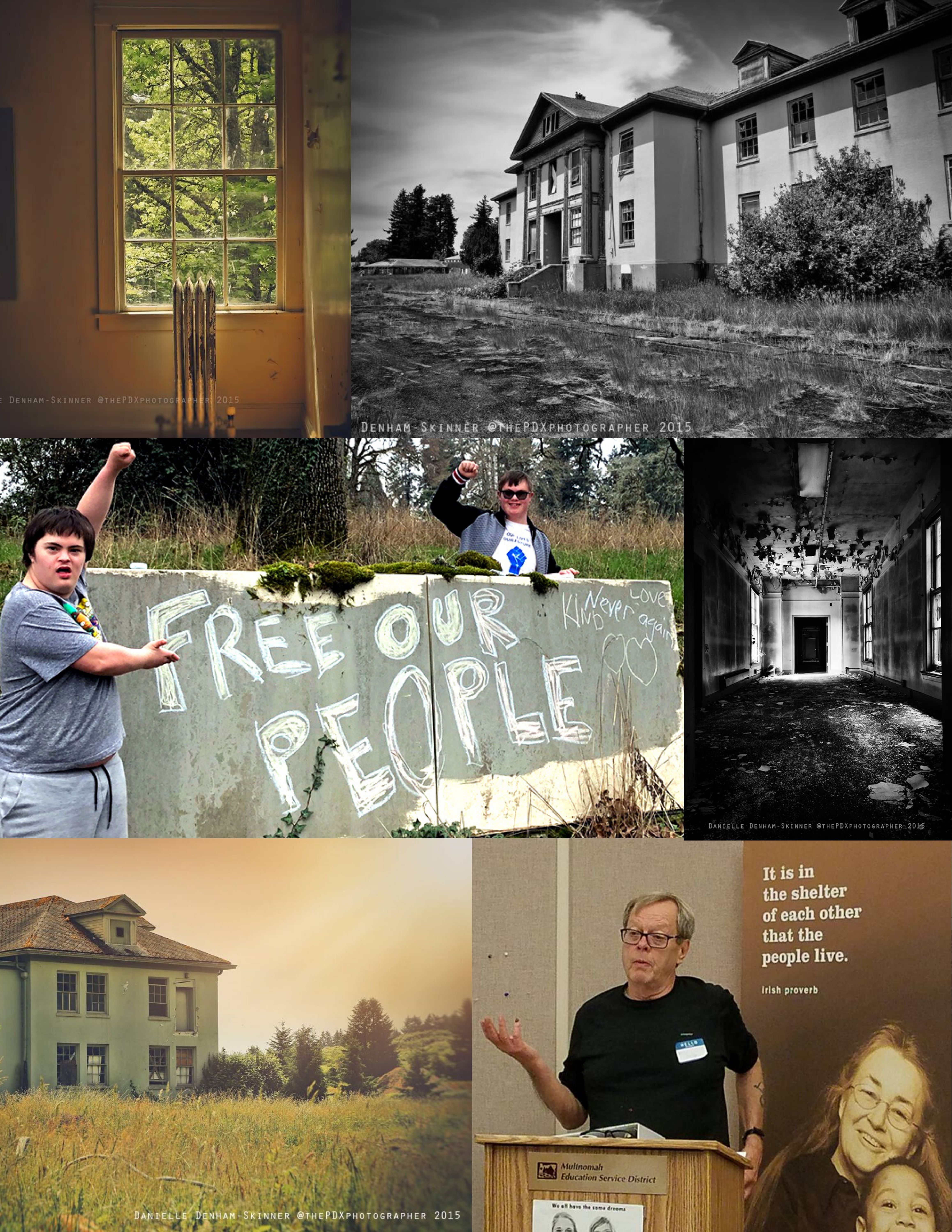 At 1:15 on February 24, 2000, the last resident left Fairview Training Center to begin a new life in the community.  The center first opened on December 1, 1908, and for over 90 years it housed people with disabilities, marking a long, shameful period when Oregonians thought that these citizens were better off “filed and forgotten”.  In commemoration of the twenty years since its closing, we reprint a letter from Michael Bailey that appeared in the Commentary section of The Oregonian newspaper on February 29, 2000.

Michael Bailey’s life and work have been dedicated to promoting the civil rights of people with disabilities. He is the father of two adult women, one of whom is a person with Down syndrome. Michael is the former president of the National Disability Rights Network and member of ADAPT and current Board Chairman of NW Disability Support. He is author of Special Education: A Parent’s Guide to a Child’s Success and Here to Stay: Americans with Intellectual and Developmental Disabilities.

Farewell Fairview: you will not be missed

If only the ‘inmates’ of old could have

In the end it was just green grass and vast, empty buildings. The mass of humanity going about its business; the smell, the bedlam, the shrieks, the love and the drama of human life are gone. In a moment all that became part of history; a part of our collective memory.

Last Thursday, a small group of staff, state officials and advocates met informally in front of LeBreton Hall on the grounds of the Fairview Training Center. Some stared into space, their minds occupied with memories, some joked, some dabbed at moist eyes, and some took pictures. Over all of us lay the anticipation of a once-unimaginable and long awaited event. It happened, finally, at 1:15 p.m.

A green minivan pulled up in front of LeBreton and stopped. No one seemed to know what to do.  A few of us waived to the occupant in the front passenger seat. He smiled and waived back. For him a new life was beginning as another, older and more ordered life came to an end.

The van pulled out and disappeared. Leaving in it was the last, the very last, resident of Fairview Training Center.

In the superintendent’s office we examined the entries in the large, musky, leather-bound ledgers, their endless sheets filled with careful renderings, the pages yellow and stiff from age and from the dried ink so painstakingly applied by generations of clerks. On the pages are columns marked “inmates”.

Here are the daily counts. “February 24, 1917, 371 inmates.” Soon their number would exceed 3,000. The names of the new “inmates” were carefully recorded and each assigned an “inmate number”. Also entries such as this: “March 16, 1921, inmate #….. died. Remains shipped to family in Cave Junction.” The ledgers are an archive not only of an institution but also of the meticulous detail attended to by the keepers of these “inmates.”

There are scrapbooks of clippings from newspaper stories. Aging photos of goofy kids dressed up for a parade. Construction of the pond.  Later, newsworthy pictures of young people bowling “in the community.”

These are also stories of lost “inmates,” of fires, murder and death. Images of faces smiling and laughing, a lasting testament to human spirit and resilience. I see that face every morning: My daughter has one just like it.

In 1981 the clippings began to tell another story; one of lawsuits, investigations, charges and counter-charges. That ended on Feb. 24, 2000 at 1:15 p.m. There will be no more clippings.

Slowly we walked around the silent and empty campus with two former “inmates” who remembered their lives at Fairview Training Center. The infirmary where one went for a knee operation only to learn that they had operated on her healthy hip by mistake. Another pointed out the spot where she was run over by a staff vehicle. To save money her knee was fused, rather than repaired. Thirty years later it still will not bend.

We walked into the empty “cottages,” now smelling of cleaning products and echoing the sound of our footsteps. “Oh, no, it wasn’t like this when I lived here,” our commentator said. “Then there were no partitions of any kind. All of us girls slept on cots next to one another. There was never any privacy.” She remembered how as a child she was frightened of “the big heads,” the ones with hydrocephalus who leaned on the wall and groaned.

Finally, we passed the plaque on the wall of Fairview’s first building. It commemorates the names of the superintendent, state officials and architect responsible for completing this project for the “Oregon Home for the Feeble Minded – 1919.”

We walked back to LeBreton and got into the van. We drove off with one of the former “inmates.” She had to return to her full-time job and at the end of the day would go home to her own apartment. There she would be alone with the memories of a life that once labeled her a “victim of…” and an “inmate” and now, finally, to that of a respected, financially independent and successful professional woman.

Farewell Fairview Training Center. You were born of a bad idea in 1908. You left us on a brisk and shining afternoon in the midst of an Oregon winter. Rest in Peace.

May your kind never pass our way again.

This article appeared in the Commentary Section of The Oregonian newspaper on February 29, 2000.

As a postscript, in June 2018, Dan and Eddie visited the grounds of Fairview to witness the last stage of its demolition. The boys, who have Down Syndrome, shared the impact this had on them in a video and collected some of the rubble.  The Social Justice Group they’re part of later made these stones into awards they called Breaking Barriers to Inclusion.

Click here to watch the video that Dan and Eddie posted. Their message: Now that we’ve torn down the buildings, can we tear down the old attitudes?