There are very few things I have control over... 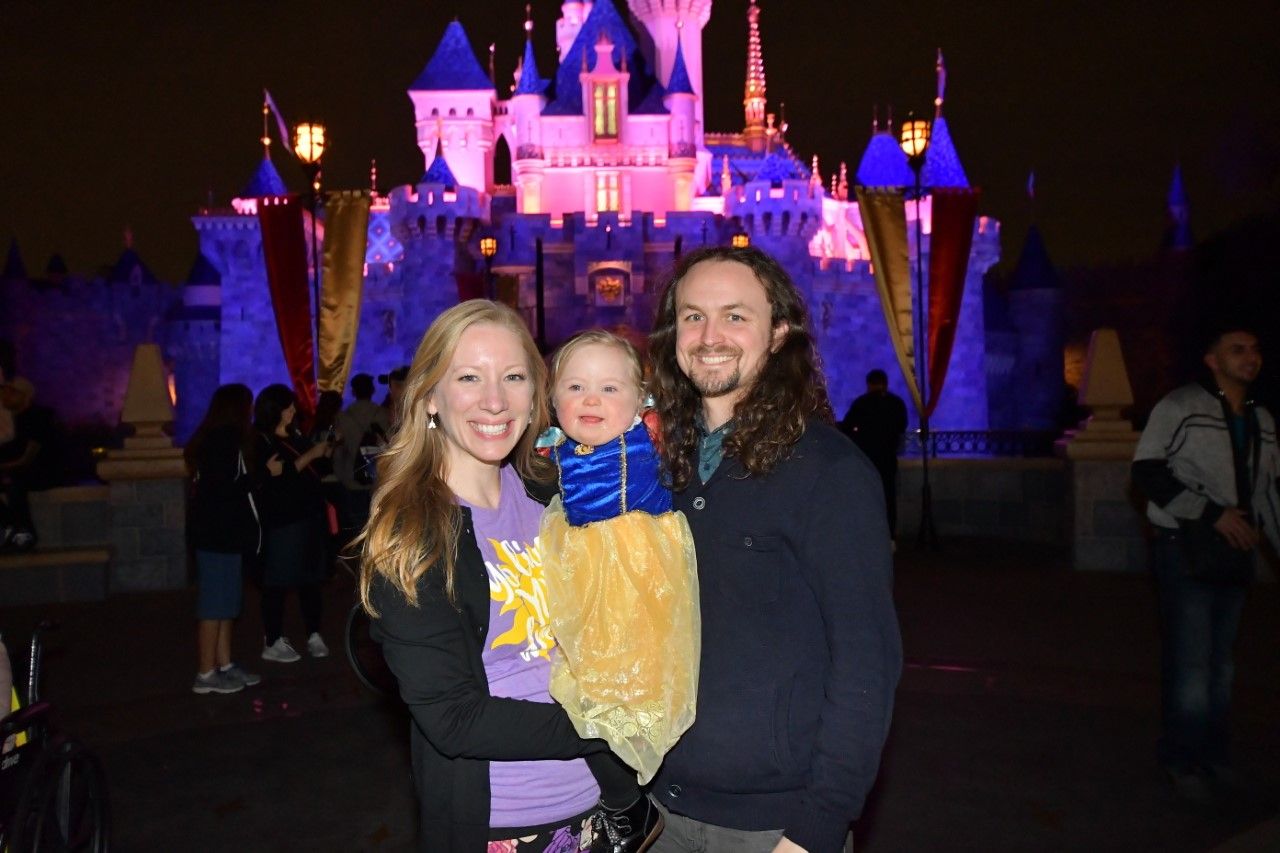 There are very few things I have control over. As I parent, I know this, despite my best efforts to prove otherwise.  It’s true for all parents, but as a father of a child with Down syndrome, it was something I had to embrace early on. There was nothing I could do when we got the prenatal diagnosis. My strong will and determination didn’t keep us from spending time in the NICU after Lorelai was born. And I was completely powerless as I watched doctors and nurses work to resuscitate her when there were complications after open heart surgery. Those are the extreme examples. More often than not, it looks like me trying to figure out how to respond well when Lorelai is playing with my record collection after I’ve asked her not to.

You might be thinking “We get it, Jonathan. You have control issues. What does any of this have to do with Down syndrome?” Last fall I was asked to speak at Northwest Down Syndrome Association’s annual Buddy Fest NW. I jokingly told my wife, “I’m a straight, white, middle-class male. Apparently, the only space my voice is missing from is how to show up as a father of a child with a disability.” It’s a loaded joke, but it reflects an unfortunate reality. There are a lot of dads that don’t know how to accept that their child has a disability. Disclaimer: this is a generalization that doesn’t reflect everyone. I’m in a Down syndrome group with a ton of amazing dads. But it should also be acknowledged that moms experience those same feelings and aren’t given the same allowance. My personal observation is that our society expects mothers to rise to every challenge of parenthood but allows fathers to choose their level of engagement (it’s why we see dads praised for changing the same diaper a mother would be expected to change without notice).

I’ve been in the Down syndrome community for less than four years, but I’ve heard the same story enough times to know it’s not an outlier: dad won’t say “Down syndrome” and gets upset when someone acknowledges it. Dad doesn’t want to talk about early intervention or physical therapy because that requires acknowledging the disability. Or dad simply checks out altogether. It’s easy for me to point the finger, parent-shame, and respond with moral superiority. But I also know how terrifying it feels to have no control. And I’m reminded of what a complete mess I was when we got the news mid-pregnancy that our daughter would have Down syndrome.

I won’t tell our entire diagnosis story here, but it echoes the themes of so many incredible stories that have been written. It began with shock, fear, and grief. Eventually there was acceptance, followed by joy and advocacy. That’s the bullet point version, but let me rewind to the part of the story when I was a mess. I felt like I had just been handed a prison sentence. I was absolutely sure that our lifestyle and our plans for the future would have to drastically change for the worse. I remember sitting on the floor of our living room with my wife, Camille. We were taking turns crying because we didn’t want our daughter to have Down syndrome. Our genetic counselor had given us some great resources, so we sat there on the floor and read diagnosis story after diagnosis story.

There was a consistent theme in each story: they were terrified but didn’t need to be, and their lives were so much better with their children. It gave me hope for a moment, and then I thought, “That’s what people say to delude themselves when their life sucks and there’s nothing they can do about it.” There it was again. Control. I felt like my autonomy was being hijacked. I couldn’t put my finger on it, but I knew that my daughter’s disability would be a burden that my wife and I would carry for the rest of our lives. I wanted out.

I decided to process in a way I don’t often do. I journaled. I wrote down everything I was afraid of and all the limitations I thought would be imposed. I assumed she wouldn’t like loud or overly stimulating experiences, which comprises a lot of our hobbies. She wouldn’t enjoy going to Timbers matches (our local soccer team that we have season tickets for). Disneyland, one of our favorite places, would be too overwhelming. We love to travel, but that would become difficult. She would hate going to concerts, which was a devastating thought for me, a lifelong musician and music lover. And last but not least, she would live with us forever.

I poured out every fear on that page, and something interesting happened: it was less overwhelming. Then I read it to Camille, and it was less scary. And I read it out loud to a friend, and again it lost its power. I didn’t know at the time that every single one of those fears was absurd, and it wouldn’t have helped to tell me otherwise because fear isn’t rational. But something changed when I put words to what I was feeling, even more so when I read them aloud. They were pulled from the ominous shadows of my mind and put in plain sight. I went back and read stories from other parents, but with a fresh set of eyes. I allowed myself to believe them. I researched the specific things I was afraid of and found that most of my concerns weren’t based on reality.

In the midst of a situation that had left me feeling powerless, I found a sense of empowerment. I got to choose how I showed up to my life. I chose to be all in. There were still a lot of unknowns for me, but they held less weight because I was beginning to embrace the reality of how little I was in control. And it’s an ongoing process for me to this day. What if she feels left out in school? What if she gets turned down for the job she wants? What if I can’t keep her from feeling excluded or less than? Those are real possibilities, and I will have to deal with those as they come. But if I focus on those too long, I miss out on the beautiful moments with Lorelai today.

By the way, do you remember the fears I journaled about? Lorelai just turned three, and we’re heading to Disneyland in a few days. Is this her first trip? Nope, it’s her seventh! She loves going to Timbers matches and has her own season ticket now. And while she hasn’t been to a concert yet, I’m not worried because she constantly asks us to play music that she can dance to. Knowing her, she’ll be independent and move out one day, but I selfishly hope she lives with us forever.

That would have been a great place to wrap up this blog post, but there’s one more thought that needs to be shared. Lorelai has changed my life in so many beautiful ways, and one of those has been waking up to my own ableism. The moral of the story shouldn’t be that it was all worth it because I was able to keep my hobbies. If I ever acted in courage, it was the courage to confront my own deeply ableist worldview. Lorelai has caused me to question and examine the ways in which I view anyone experiencing a disability, not just those with Down syndrome. She’s led me down a path of listening to self-advocates, and I can tell you I have a long way to go. I won’t always get fatherhood or advocacy right, but I can choose to show up and give it my best shot.