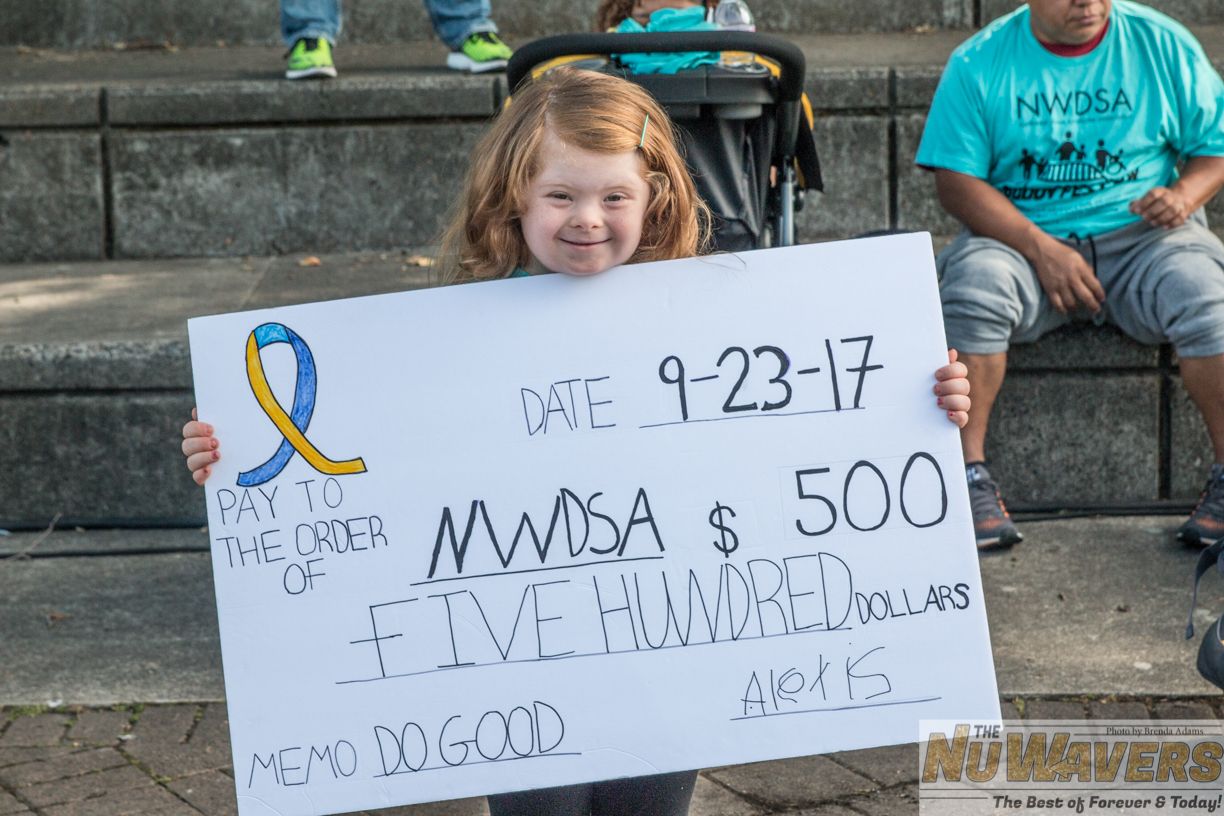 The pink and purple dune buggy that Alexis, a 7-year-old from Washougal, received for her birthday became one of her favorite toys.

Last year, the dune buggy was stolen from her family’s front yard. The story received local news coverage as the family attempted to identify the thieves who had been captured on security camera.

As a result of the news coverage, many people within the community contacted Alexis’ family and offered to donate money for a new dune buggy. Tammy—Alexis’ mother—was grateful for the offers but asked people to donate to NWDSA on Alexis’ behalf instead.

At Buddy Fest NW, Alexis and her family presented NWDSA with a check for $500 from the generous donations of community members.