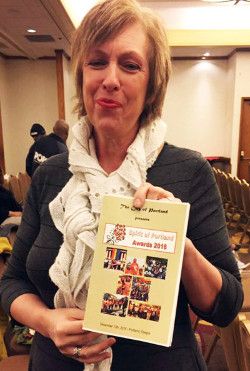 Angela Frome and Angela Jarvis-Holland accepted an award for Excellence in Community Service at the East Portland Chamber of Commerce Annual Awards Breakfast. The award was presented to four local non-profit organizations that are improving the lives of children with physical and intellectual disabilities in East Portland.