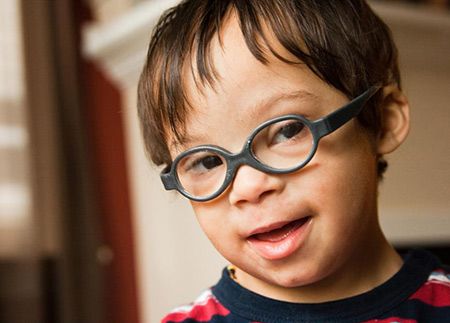 I’d been obsessively checking my mailbox since our IEP meeting. The big manila envelope with the return label from the school district finally arrived and I ripped it open. After a quick scan of the front, I flipped to the last page, the placement page. And there it was in black and white: General Education with Special Education Support/Selected. I breathed a sigh of relief.

Eight months earlier, at the first Kindergarten Cohort meeting, I was unsure what would be the best option for my son. But as he spent the year fully included in preschool, he made great progress on his goals and I realized that the vibrant environment at Trillium, the public charter school where his brothers and sister attend, was exactly where he belonged. But would the school district agree?

Each month as I gathered with the Cohort, I became more determined to advocate for the placement Isaac deserved. We had sessions on person-centered planning, our rights under IDEA, behavior as communication, IEP planning and goal writing. My thinking about Isaac’s full inclusion was solidifi ed. He has every right to be a full member of his school community, and the other children have the right to an inclusive class as well, where they can benefit from the gifts Isaac has to bring. I was confident we had the support of the teachers, staff, and administration at Trillium, so now we just needed to convince the school district.

I arrived at the District office building with copies of Isaac’s portfolio outlining his skills and interests, what works and doesn't work for him, our family mission statement, and comments from his teachers. We also brought a friend who knows Isaac well, and cookies. We went in with a hopeful attitude, but were prepared to use the skills and knowledge we’d gained in the cohort to advocate as strongly as was necessary.

There were nine of us around the table: My husband, my friend and I, the kindy teacher, the LRC teacher, the transition specialist, a special education teacher, a speech language pathologist, and the program administrator. We began to talk through the draft IEP document together.

The administrator jumped ahead to placement, commenting that it was the “elephant in the room.” She stated that in her opinion, Isaac did not have the academic skill readiness to be successful in the general education classroom. She believed he needed intensive, discrete skill building that simply couldn't happen without a segregated classroom. She agreed that inclusion is important, but felt that having Isaac attend ‘specials’ like music or recess and lunch would serve that purpose adequately.

I thanked her for her opinion, and (mostly) politely explained why I completely disagreed. I expressed my assurance that, given the appropriate support, Isaac would be able to make meaningful progress towards his goals. My friend added that Isaac’s goals would fit into the wider curriculum, seeing as her (typically developing) incoming kindergartner didn't know his alphabet either.

The administrator re-stated her opinion that he would be better served in a segregated classroom. “I’m only one member of the team, though,” she said, and then asked about concerns from the other members present. The teachers were primarily concerned about Isaac’s safety but felt that with a paraeducator’s support, that concern was alleviated. I particularly appreciated the LRC teacher’s comment, “I really believe that his parents know Isaac best, and know best what will work for him.”

After a while it became apparent to everyone that we were not moving from our position. The administrator finally agreed to his placement in the gen ed classroom with the support of a paraeducator, with the caveat that we would have a review in December. We left the meeting in a celebratory mood, though I still held a bit of an “I’ll believe it when I see it in writing” attitude.

Twelve days later I had it in writing, and a wave of relief washed over me. In addition came a wave of gratitude for the Kindergarten Cohort for preparing me to be the effective, knowledgeable advocate that my son needs and deserves. Had it not been for the Cohort, I may not have understood the importance of inclusion in kindergarten, much less been prepared to fight for it.

EDITOR’S NOTE: While each IEP process is unique, there are deliberate measures in place to protect a child’s right to a Free and Appropriate Public Education (FAPE). Some of what is described in this article does not follow the intent of the law as described in the Individuals with Disabilities & Education Act (IDEA). To learn more about your child’s rights, and how an IEP meeting is intended to proceed, visit www.allbornin.org or come to open drop-in hours at NWDSA every Wednesday, from noon to 2 pm.