Starting off on the right foot 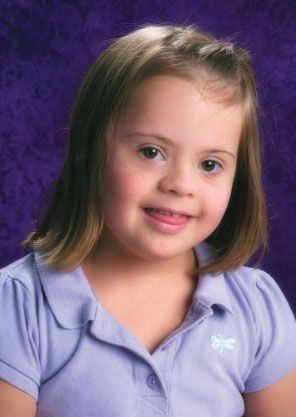 The first day of kindergarten is a big step for any child. Last September, Chloe walked into her neighborhood school and began her formal education. As her mom, not only was I very proud of my little girl, I also knew things could be very different if not for the work I did last spring when we wrote her first Individual Education Program (IEP).

Since early on in Chloe’s life, I have understood the importance of inclusion and I advocated for her at IFSP (Individual Family Service Plan) meetings, making sure she received her services in a setting that included typical peers. She attended Early Head Start for two years, then Head Start for another two. Even though she had a resume of inclusion, I was still nervous about the IEP meeting. In the past five years, I attended several trainings, including Partners in Policymaking, SpecialQuest, and the All Born “In” cross-disability inclusion conferences. I did extensive internet research over the years, and got inspiration from speakers including Norm Kunc, Kathie Snow, Michael Bailey, Michael Remus and David Pitonyak. Discussions with other parents and professionals who have been through the IEP process led me to develop a game plan for when the big day came to write Chloe’s goals for kindergarten.

It is crucial to be proactive in the transition process. As soon as I received the first letter from the district’s transition coordinator, I made a point of making a phone call to introduce myself and set up a face to face meeting. I visited the neighborhood elementary school and the developmental kindergarten class, which was not in our neighborhood. It would take work on my part to make sure Chloe was placed with typical peers as I heard several comments from the district about how well she would do in the developmental class. I side-stepped those comments with a reminder that the decision of placement is not made until after the goals are written at the IEP meeting.

Before the meeting, I prepared a document that highlighted Chloe’s strengths, her likes, her present levels of performance, what works and doesn't work, suggested modifications, and plenty of photographs of Chloe. I sent this to the transition coordinator to distribute to the team members who I would be meeting for the first time on the day of the IEP: the general education teacher, the special education teacher, the speech therapist. I invited people involved in Chloe’s life to join me at the IEP meeting, including her Head Start teacher and Early Interventionist, and a close friend for moral support. The relationships I built over the years with staff who work directly with Chloe was invaluable when we were crafting her plan. Some of the pre-written goals the school staff suggested were things that Chloe had already accomplished, it helped to have her previous teacher confirm Chloe’s skills and strengths.

After some intense discussions, we came up with goals that included peer models – making it clear that a self contained class would not be appropriate for Chloe. Supports and modifications were written into her plan to set the stage for success.

Several times in the first few months of school I saw how important it is to have a well written plan. The road has not been easy. We are still figuring out how to provide the modifications and support written in her plan. Being able to point to the IEP and show where work still needs to be done takes some of the pressure off my child to prove herself and puts the responsibility on the whole team to follow through on what is written in her IEP.