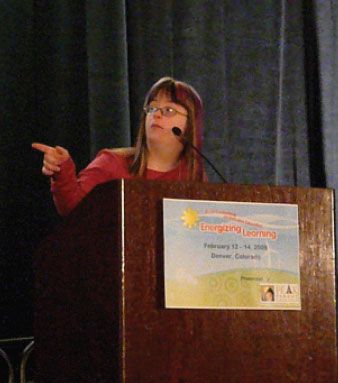 On the morning of April 2nd, 21 years ago, I had spent the night learning the meaning of ‘cervical block.’ It was about 8:30 AM, my brother and I had been with Jonna for nearly 24 hours of horrid labor, which ended suddenly with an emergency C-section delivery. It was a hell of a night and we all felt relief that it was over. A relief lasted less than ten minutes, when a pediatrician we had never seen before said, “Your daughter has an extra chromosome. It’s called Down syndrome and if you’re interested there is some literature you can read before you leave the hospital.” And he handed the tiny swaddled bundle back to me. And with those words we felt that our world had come crashing down. And it did. But right now in the room next to me that very person — that tiny, swaddled bundle — is asleep surrounded by dozens of fresh red roses and full of happiness and excitement. It is funny how what seemed so big and scary at the time, in reality turns out just to be the path your life has taken.

On April 2nd of this year, my daughter Eleanor turned 21, a landmark in her life. And in ours. And her presence in our lives and in this world now seems completely positive and wonderful. Her mother and sister were in Tennessee for the US High School Chess Championships on her birthday, which meant that I alone — for once — was the final arbiter of what is appropriate. After her birthday fancy restaurant dinner with her now suddenly under-age boyfriend, we took him home and then went to a British Pub nearby where I had the pleasure of buying her first ever beer and watching her launch herself into the official world of being an adult. What a pleasure.